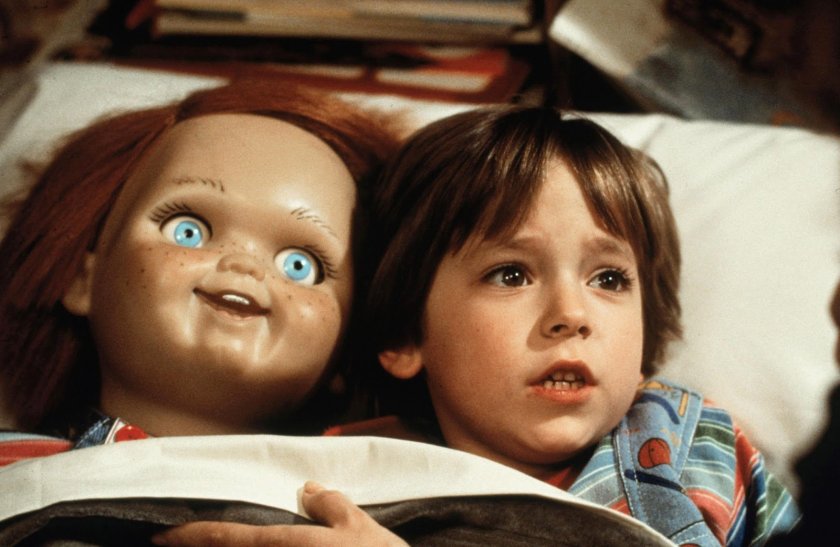 Every year for my Halloween viewing, I attempt to fill some gaps in my horror knowledge. Is there a horror classic I have not seen? Is there an essential film I’ve avoided? I generally have a problem with horror franchises, often because the first film is often not the best and could easily be ignored, but I’m a completist and must watch it. Which is how I came so late to Child’s Play, Don Mancini and Tom Holland’s introduction to the Chucky franchise, about a doll possessed by the spirit of a serial killer.

Child’s Play opens with the death of Charles Lee Ray (Brad Dourif), a serial killer and black magic aficionado working on the South Side of Chicago. After being shot by police officer Mike Norris (Chris Sarandon), Ray survives just long enough to perform a ritual and commit his soul to a “Good Guy” doll. Not long after, Karen Barclay (Catherine Hicks), buys the doll as a birthday for her son Andy (Alex Vincent), who is obsessed with the Good Guy television show. Andy becomes convinced that “Chucky” is talking to him and, eventually, that Chucky is actually doing bad things, like committing pushing babysitters out windows. As the bodies pile up, Karen and Detective Norris must discover just what is going on, whether Andy has lost his mind or if Chucky really is responsible for the mayhem.

Like many slashers of the same type, Chucky the character has become better known than the film that spawned him, thanks to the development of the tongue-in-cheek humor only nascent in the original. But Child’s Play is good fun for what it is, thanks largely to the malevolent humor of Brad Dourif (vocally, at least) in the lead. The audience knows that Chucky is evil, but there’s a degree of glee to be had in watching what’s basically a Cabbage Patch doll run amok with a butcher knife, scrambling in and out of windows, threatening small children, attacking and biting grown men. There’s less blood here than one might expect, and the film does better with its tension up to Chucky’s attacks, which become overly comedic once they happen.

Child’s Play exploits a number of quintessential 80s horror tropes, setting itself in the slums and upper middle class neighborhoods of Chicago, playing with Western configurations of voodoo and Satanism, and wrapping it all up in a different kind of villain to undercut the whole idea of an “evil child” so popular in the 70s and 80s. Andy is an initially annoying little boy who becomes more sympathetic as the film goes on – he knows that Chucky is bad, but no one will believe that his doll is a walking, talking monster. Catherine Hicks and Chris Sarandon are likable as the adult leads facing a very bizarre and inherently funny situation. The scene where Chucky finally convinces Detective Norris that Andy’s not making it up is a combination of terrifying and hilarious, not least because it’s a grown man fighting off a child’s toy who keeps trying to stab him.

If Child’s Play is still very much a product of its time – this was the era when people were literally stomping each other to get Cabbage Patch Kids – it’s an enjoyable product of its time. Chucky will return again and again, most recently in Cult of Chucky, to wreak havoc on unsuspecting victims who would never believe that a little doll could be so nasty. And for that, we have Child’s Play to thank.