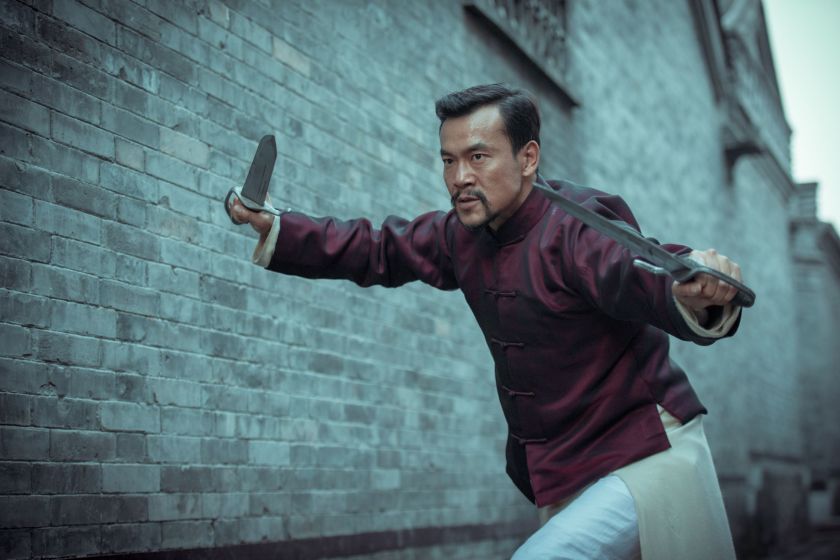 By now there have been a number of films dealing with Wing Chun, the martial art form made most famous in the west by Bruce Lee and his master Ip Man (whose story has been made into a series of films starring Donnie Yen). The latest of films to explore the form is The Final Master, coming to North America via Fantasia 2017, that tells the story of a Master who seeks to defeat eight dojos in Tianjin, so that he can open his own dojo and keep Wing Chun alive.

The Final Master opens with the machinations of Master Chen (Liao Fen), who partners with Grandmaster Zheng (Chin Shi-Chieh) to plot a pathway into the martial arts community of Tianjin. To achieve notoriety without angering the Martial Arts Council of Tianjin, the pair decide that Chen must find a disciple, who will then go on to defeat eight of the nineteen dojos in Tianjin. Then the disciple will, in turn, be defeated by Zheng, thus allowing Chen to prove his worthiness to open a dojo without offending or threatening the council. Chen agrees, and marries a Tianjin woman named Zhao (Song Jia) and takes on as a disciple Geng (Song Yang). But soon Geng proves that he’s a prodigy, and a dangerous one at that, while the further machinations of the Martial Arts Council and one of the major dojo leaders, The Madame (Jiang Wenli), might wind up imperiling Chen, his disciple, and his life.

The winding and at times confusing nature of The Final Master’s narrative makes it a struggle to follow closely. Director Xu Haofeng treats his subject with respect but not portentousness, injecting a good bit of humor both into the script itself and in the way that his camera captures the action and dialogue. There’s an archness to many of the scenes, with quick cuts that move from fight to a new plot point without much establishment. This works, for the most part, forcing the viewer to pay close attention, and to even enjoy a laugh, at times at the expense of the other characters. Regionalism winds up in the crosshairs, with the need to maintain honor becoming more important even than survival. The whole point of Chen’s saga is to keep Wing Chun alive, but his efforts are also self-aggrandizing, as he exploits his disciple and attempts to navigate the very thorny world of regional and familial pride, not to mention the complex philosophies that guide the martial arts schools.

The Final Master actually manages to violate several of the tropes of the martial arts genre without blinking – we never seen Chen actually training Geng, but skip right to the latter’s fights with the dojos. The triumph of the “good” master against the bad (or proud) ones never fully materializes, as the film’s primary antagonist The Madame exhibits her own sympathetic reasons for opposing Chen as she does. The women, in fact, are quite potent forces in this world, with The Madame set against the palpable anger and passion of Zhao, who both seeks independence from male dominance, and has fallen in love with her arranged husband. Male violence and pride is further mirrored in female desire to carry on the names of those they have lost, and to carve their own way in a world that fails to fully prize them.

But what The Final Master does best is Wing Chun. The fight scenes are visceral without ever becoming brutal. The film truly showcases martial arts as art forms and not only fighting forms – fighting correctly, elegantly, intelligently is every bit as important as winning. There are scenes of breathless action, and humorous asides – including one fight in which Chen faces off against twenty armed thugs while discussing needs and desires in marriage with his wife. The final fight scene, which takes up about ten minutes of the film’s runtime, is gorgeously choreographed, featuring every bladed weapon Chinese martial arts has to offer.

If the result is an occasionally messy film, I can forgive The Final Master, for it is also a sharp and beautiful one, that both embraces the artistic schools of fighting, and has a sense of satiric humor about how ridiculous are the elements of pride, honor, and rigid hierarchy that keep people in line. The dojos fear the loss of their art forms, yet guard their secrets jealously. Chen wants to keep Wing Chun alive, yet will sacrifice one of the few men capable of elevating the art. The contradictions are mirrored in the film style itself, at once respectful and critical, serious and satiric. The more I think about The Final Master, the more I like it. And, in any case, it’s worth it just for the choreography.

The Final Master is now showing at Fantasia 2017.