The Strange Case of the Missing Episodes (Book Review) 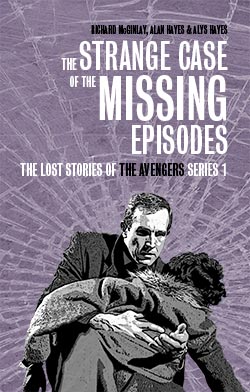 Seldom do I attempt book reviews on this blog, but this is a special exception because it relates to The Avengers and my ongoing obsession with that strange, sometimes confusing, and always interesting show. Season 1 of The Avengers has long been a difficult nut to crack. All that remains of that season in watchable form are two and a third episodes – one of which that does not even feature the two lead characters of the show. With such limited material, it’s nearly impossible to consider the season as a whole, despite being the foundations on which every subsequent permutation of the show was based. So it is a fine and wonderful thing to come across The Strange Case of the Missing Episodes, which attempts to fill at least some of the gaps in that first year.

Editors Alan Hayes, Alys Hayes, and Richard McGinlay gather together all the existent information on that first series, episode by episode. Using available camera scripts, plot synopses, and tele-snaps, they attempt to put together as complete a picture of each individual episode as possible. Following a brief introduction that explains why the first season is largely missing (and what we can do if we happen to have a copy of those original lost episodes), the authors dive into the thick of the season itself. The episodes that have existing scripts are the most well-developed reads, with extensive excerpts of dialogue and stage direction in the midst of the plot synopses. Other episodes for which no scripts or even complete synopses are available are harder to comprehend, but Hayes and McGinlay have done an excellent job of piecing together information to produce a basic synopsis, act by act. Some episodes require a leap of faith on the part of the writers, as they describe plot elements that might or might not be included – but even these are always footnoted with information about how the writers came to their conclusions, and where they simply made educated guesses on plot development and complications. 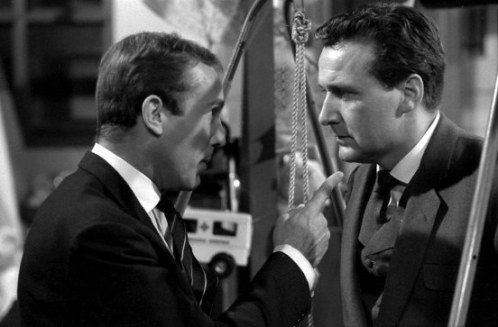 The book is interesting and remarkably easy to read, an opportunity to experience the first season first-hand with minimal editorial interference. The characters of Keel and Steed are sharply drawn in the synopses and scripts – Keel in particular is fascinating, as we have so little of Hendry’s actual performance as a reference point. The nascent aspects of Steed are also present; though not, unfortunately, the development that Patrick Macnee himself gave the character. It is a revelation to see where the “undercover man” came from, knowing where he went. These episodes are much more noir in tone and characterization than later Avengers incarnations, though there are the occasional bizarre plots, weird secondary characters, and diabolical masterminds that will feature in later seasons. Many of these episodes are darker in tone than anything that even in the Gale period, with Steed and Keel doing battle against vice rings, assassination attempts, and organized thugs. There is a healthy dose of humor in most, however, mostly provided by our dynamic duo. One can see the development both of the characters themselves, and their relationship, with Keel usually strenuously objecting to Steed’s apparent callousness and tendency to use people to his own ends, while Steed blithely goes on his way, playing the hero. The least interesting episodes, for my money, are the ones that remove one partner, leaving the other to his own devices.

Unfortunately for the reader, The Strange Case of the Missing Episodes includes none of the tele-snaps or images from the original productions, which would have strengthened the experience of reading original scripts from a television show. This can hardly be laid at the door of the writers, as obtaining rights to these images is a complicated and expensive endeavor, but it’s a shame nonetheless (many images can be seen, albeit watermarked, on the Rex Features website and on The Avengers Dissolute website). Not included in the book are the two full existing episodes The Frighteners and Girl on a Trapeze – this also seems like an oversight, as their presence would have at least been helpful in painting a complete picture of the season (although it is understandable that the authors would not want to include two episodes that we can watch for ourselves).

There is really very little to object to in The Strange Case of the Missing Episodes, and then it is mostly nitpicking. It gives the most complete picture of each episode now possible, and in many cases had me longing for a real look at the original shows. Take my advice: avoid the overpriced and poorly cast Big Finish productions that attempt (and fail) to give us a taste of the original Avengers. Jut The Strange Case of the Missing Episodes, and try to imagine Patrick Macnee and Ian Hendry running around subterranean London in pursuit of dastardly spies and dangerous criminals. I think you’ll be pleasantly surprised.