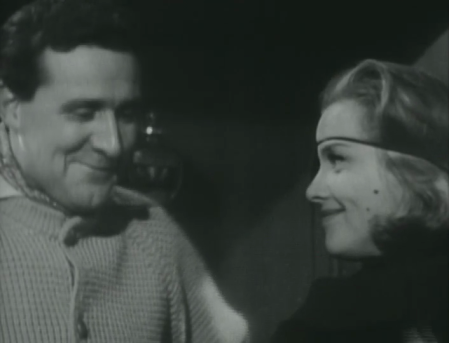 There are very few bad episodes of The Avengers (at least leading up to the sixth season), but there are quite a few that simply don’t impress. Some, like The Secrets Broker, fail to add up to something cohesive. Others are difficult to nail down, as their parts and plots all add up, their characters are interesting, but the episode itself comes off as lackluster. The Medicine Men is one such episode.

Steed and Cathy are back in the business side of things as they investigate the production of counterfeit medicines that have been flooding the market. When a young woman doing some investigation is murdered in a Turkish bath, that’s when The Avengers get involved. Cathy goes to the baths and Steed goes to Willis-Sopwith Pharmaceuticals, one of the companies hit the hardest by the counterfeit drug trade. They soon uncover a pretty diabolical conspiracy afoot, as Cathy’s investigations lead her to an artist (the delightfully creepy Harold Innocent) involved in the counterfeiting and Steed begins to suspect that someone within Willis-Sopwith is responsible for murder.

The Medicine Men has some excellent moments: Steed pretends to be an art dealer from Reykjavik, while Cathy gets smacked in the eye and spends the rest of the episode in an eyepatch. Their scenes together are as entertaining as they come as they trade barbs and golfing tips. Yet The Medicine Men fails to ever properly get going, rather moving from one scene to the next without much energy or panache. Here I think the plot itself is the culprit: like other business-themed episodes, the story gets bogged down in counterfeiting discussions, leaving the rest of the plot floundering. It took me awhile to begin to care about the case itself, and by the time I did the episode had about ten minutes left.

Still, The Medicine Men is far from a bad episode – in fact, the sum total of the enjoyable scenes makes up for the lack of an interesting plot. Put this one in the middling category; it’s far from the worst The Avengers did.