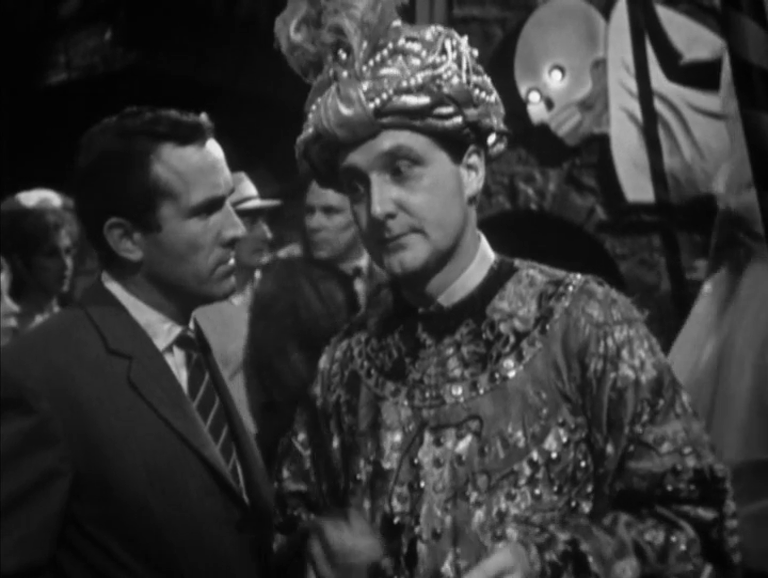 Any Avengers fan will tell you the sad tale of The Avengers Series 1 episodes. The very first season of the show is almost entirely lost, thanks to the habit of British television studios of not preserving the video stock used to record their shows. There were even a few episodes that were never recorded, just broadcast live. So all that remains of the first series/season of The Avengers are two and a third episodes, one of which (“Girl on a Trapeze”) that doesn’t even feature John Steed. But now we make that three and a third episodes, with the happy discovery of “Tunnel of Fear,” now released on DVD from Studio Canal.

“Tunnel of Fear” was the twentieth broadcast episode, nearing the end of the first season, and as such already has some of the hallmarks that would carry over into the second season and the introduction of Dr. Catherine Gale. But here David Keel (Ian Hendry) is still Steed’s partner in avenging, playing the occasional foil to Steed’s secret agent as they investigate nefarious goings-on at a local carnival. The episode opens with the arrival of Harry Black (Anthony Bate) on Keel’s doorstep. Harry is just recently escaped from prison, where he claims he went on a trumped-up charge. He begs for Keel’s help, and Keel only obliges when John Steed pops up (bringing with him a massive Great Dane named Puppy) and informs Keel that he’s been investigating the leakage of top secret information out of a Southend carnival, where Harry just happens to have worked. So Keel heads down to the carnival, while Steed takes Harry to the police, and promptly loses him.

Down at the carnival, Keel investigates, meeting a host of odd characters that include a hypnotist, the ghost-train runner Jack (John Salew), Harry’s mother Ma Black (Doris Rogers), and a bevy of dancing girls at a “girly-girly” show being run by none other than John Steed, having the goddamn time of his life as a carnival barker. The episode proceeds in twists and odd turns, very much reflecting the increasingly odd plot lines and character types that The Avengers would eventually become known for.

Patrick Macnee’s Steed is in top form here, a funny, energetic presence who loves dressing up and play-acting, but always with a canny, intelligent edge that can shift to steel if needed. Anyone who doubts that Steed’s feminism was inherent from the start would do well to really pay attention to what happens in “Tunnel of Fear,” and how Steed relates to the (numerous) women who pass through. He’s jocular and charming with Keel’s nurse Carol (Ingrid Hafner), and when he meets Ma Black, he embraces her as a friend, smiling over photos of her son with genuine good will. And while he’s having the time of his life corralling the dancing girls, it would be a mistake to understand Steed’s flirtations with them—especially Rosie (Julie Samuel)—as particularly lascivious. He’s playing a part, yes, and he’s enjoying it, but his flirtations are never predatory. We can easily see the man who eventually works his way into Cathy Gale’s affections, and makes Emma Peel fall in love with him. Steed was always a decent bloke.

Of course, there’s Ian Hendry’s David Keel, rightly considered the first Avenger, of whose influence we only get a taste, given the scarcity of the first season episodes. He and Steed spend a good bit of the episode apart, so there’s little time to process the chemistry between them. Keel’s a very above-board character, genuine in his desire to help people, but often a bit of a stickler for rules and adherence to his personal brand of morality. Maybe he’s underutilized in this episode, but it’s hard to care very much about him one way or the other. He’s there more as a foil for Steed than as a partner, and though his machinations eventually help his friend and solve the mystery, his time onscreen brings the mood and energy down a bit.

In the simplest terms, “Tunnel of Fear” is loads of fun. It maintains the slightly grotesque, film noir edge that all but vanishes in later seasons, helped along by the live television aspect of its taping. There’s a sense of the slap-dash the cardboard sets and reaction shots that is quite charming, if sometimes a bit hokey. The live aspects give the show a feel of a theater production, watching the actors play out their parts in real time, sweat and all. The DVD is well worth the purchase for any Avengers fan, or fan of 1960s TV. It’s more than just a curiosity—it’s a damn fine piece of television.

*If you purchase the Studio Canal DVD of “Tunnel of Fear,” be aware that the advertised Season 1 scripts are not included on the disc. You must contact Studio Canal (info@studiocanal.co.uk) to receive the scripts. 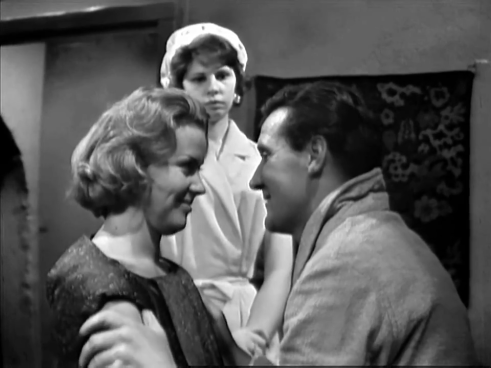 *I’m going a bit out of order, but eventually will get around to most of the good ones.

The Cathy Gale series can be very spotty on quality. For every truly stellar episode, there are several mediocre ones and at least one or two terrible ones. Thank God for the good ones, though, because when they’re good, they’re very good. Which is where we stand with Death Dispatch.

The plot follows Steed and Cathy investigating the murder of a British courier carrying special dispatches. When the courier is found dead in his Jamaican hotel, Steed heads off with the dispatches in tow and Cathy close behind. I’m still not 100% clear on the importance of the dispatches to the diabolical mastermind behind the murder – something to do with a South American coup – but only rarely does the plot matter in this series.

What does matter is how much fun the entire episode is. Steed lounges onto the screen, flirting with girls by the pool while his superior One-Ten (one of the few appearances of Steed’s superior in the entire show) explains the basic plot. Then enter Cathy Gale, enjoying her Jamaican vacation immensely. There’s a marvelous scene between the pair when Steed invades her hotel room dressed only in a bathrobe. They banter, they flirt, they evidently enjoy each other’s company for the first time in the whole Cathy Gale series. Up until Death Dispatch, Cathy has been a distant, hard-edged and slightly cold character, unimpressed by Steed’s antics but equally unwilling to enter into the fun of espionage. She must have been deficient in vitamin D or something, because her mood obviously improves the second she gets into the sun. She actually seems to be having fun with him.

Death Dispatch also includes some of the best secondary characters to jump into The Avengers. The scene between Steed and the assistant British consul is one the funniest in the entire series. The villains all pop, and the danger Cathy gets into (which she finally does) is tense and well-shot. Steed also has his chance to let some of the darker elements of his character through, as he bludgeons and threatens his way to rescuing Cathy the moment he realizes she’s in danger.

All in all, I would probably recommend Death Dispatch as the place to start with the Cathy Gale series. Although you won’t get the development of Steed and Cathy’s relationship, you will get one of the best, most tightly written and well-acted episodes. This is 60s cool at its finest.