Right, so as I have limited time but I really want to keep updating this here blog o’mine, I’m going to start posting short musings uponst the scary movies I watch this October. Why? Because the leaves are falling, the skies are going grey, the wind howls through the skeletal trees and it’s time to consume massive amounts of candy and have bad dreams about werewolves, non-sparkly vampires, haunted houses, nasty ghosts and Vincent Price.  Or Peter Cushing, whoever takes your fancy. 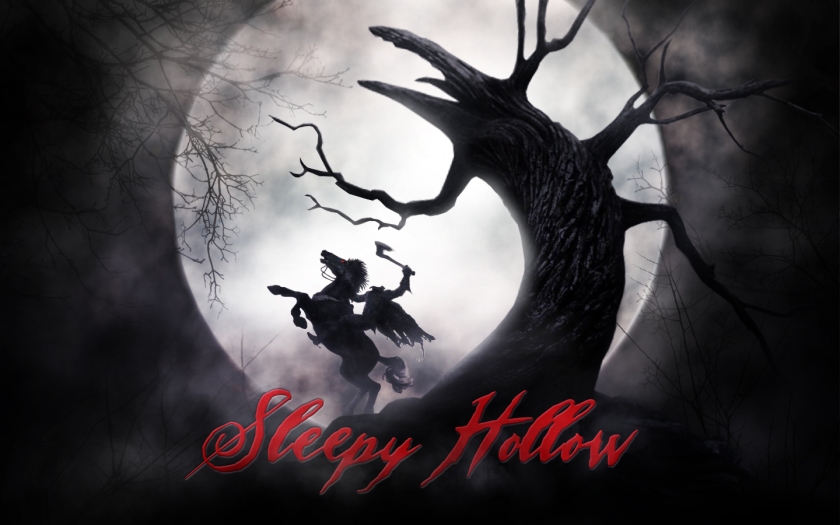 Ever will I defend Tim Burton, because of movies like this. To launch my October scary-movie-watching, there’s nothing better than Burton’s somewhat tongue-in-cheek tribute to Hammer horror. Johnny Depp plays Ichabod Crane, a pale-faced New York constable headed upstate to the wilds of the Hudson Valley to investigate several beheadings that have been blamed on the local ghost. He finds, natch, a bunch of weird locals, foggy and twisted woods, a few more beheadings and a lovely Burtonian waif in Christina Ricci. Cue gushing blood, heaving bodices, one hell of a carriage chase and a burning windmill.

Burton and Depp were at their best in the 90s. In some ways, Sleepy Hollow is the icing on the cake of Beetlejuice, Edward Scissorhands and Batman Returns. References to Hammer films abound, from the outlandish blood, spinning heads and dark backstory, to the presences of Michael Gough and Christopher Lee in bit roles. The film doesn’t take itself too seriously, but neither does it turn the gothic and  romantic story into a parody. Depp as Crane is a likable but squeamish detective, tortured by the past and not terribly certain about the future. He avoids the caricature that has sadly colored his latest roles; watching it last night, I was struck with the realization that this might be the last time we see Depp the Actor instead of Depp the Star. The cast surrounding him from Ricci on down is uniformly excellent, all of them sinking their teeth into their parts with gusto – especially Christopher Walken in a non-speaking but pivotal role.

The film bears only a passing resemblance to Washington Irving’s folksy horror story, despite an excellent tribute in the middle of the film as the Horseman rides Ichabod down bearing a flaming pumpkin in his hand.  It does trade in folk tales and cinematic references – the burning windmill will please anyone who has seen the original Frankenstein.  The film looks and feels like a New York horror story with an edge of Hammer and Universal. Burton knows his horror. He does his best work when he tries to make a good story first and layers the Burtonian influences on second.

Sleepy Hollow is the way I always start my Halloween. It’s a more adult film than Beetlejuice or The Nightmare Before Christmas, and miles away from disappointments like Alice in Wonderland. I know viewers who don’t like Tim Burton who love this film. But it helps if you like Tim Burton.