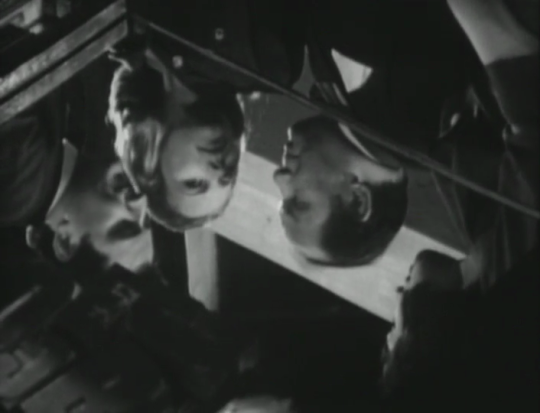 Second Sight is one of the stranger Season 3 episodes for a number of reasons, the most prevalent being the subject matter. While it is not quite successful in developing its strangeness to the fullest extent, it nevertheless has so many interesting and macabre elements that I found myself wondering how it could have been improved as a filmed episode, with time and energy devoted to drawing out some of those elements.

This is one of those episodes in which Steed has a fairly routine assignment: he represents the British government in the importation of corneal grafts sent from a clinic in Switzerland to treat eccentric millionaire Marten Halvarssen’s (John Carson) blindness. The grafts are to be transported in a sealed, sterile container, which means that no one can inspect the contents. Steed suspects that there’s something not quite right in the whole set-up, and so sends Cathy off to pretend to be a researcher interested in corneal grafting. She discovers that the grafts are to be taken from a live donor, a former acquaintance of Halvarssen’s, and winds up going off to Switzerland in the company of an eye surgeon (Ronald Adam) to see the operation done.

The very subject of taking corneal grafts from a live donor is enough to veer Second Sight into creepy territory. As with some of the best Avengers episodes, Second Sight gives nothing away. We know that surgeons Eve Hawn (Judy Bruce) and Neil Anstice (Peter Bowles) are not what they seem, but their game remains unclear, revealed in degrees as the episode proceeds. Halvarssen’s apartment is deliberately structured to be confusing to all but the millionaire, creating an Expressionist mis-en-scene that carries on to the clinic in Switzerland. The Swiss sequences are even more disturbing, and use the limits of live television to excellent claustrophobic effect. Steed and Cathy are balanced, “normal” characters plunged into a twisted world, as bothered as the audience by the events of the episode.

The secondary cast is likewise an asset here. Peter Bowles and John Carson were old hands at Avengers episodes, the latter appearing in one guise or another for most of the series’ run. Carson has a lot to do here as Halvarssen, a sinister and sympathetic character in equal measure. Bowles gets to be a bit more extreme, playing Anstice as a fully nasty piece of work who seems to delight in the suffering of others. But my favorite secondary character here is Ronald Adams’s Dr. Spender, the eye surgeon that accompanies Cathy to Switzerland. Spender is a blustering fool, insulting Cathy at every turn, and making life harder for Steed. He’s also one of the funnier characters to come through this episode, wholly out of his element in dangerous surroundings. The first scene where he blusters into Steed’s apartment is worth the whole episode.

Meanwhile, Steed and Cathy are hitting their stride as a team. Their first scene together has them coming back from stock car races, bickering like a couple: Cathy complains about the weather, Steed points out that he went to that lecture the other day (“Complaining bitterly the whole time,” as Cathy concludes). The two are not just work colleagues: they’re good friends and spend a lot of their free time in each other’s company.

With so many excellent elements in place, Second Sight should be one of the best of the season. Yet the episode doesn’t come together as a whole – the plot is a trifle thin, once revealed, and certain sequences (like the murder of Dr. Spender) are funny rather than frightening. This is one of those occasions where the set-up is more intriguing than the pay-off, and the general air of nastiness and the macabre falls apart in the final act. The episode disappoints because it’s not as good as it should be.

Still, for all of that, there’s enough good here to make Second Sight worth a viewing. Like many episodes from this period, it improves on re-watching and I’ve found more to like about it the more I’ve seen it.