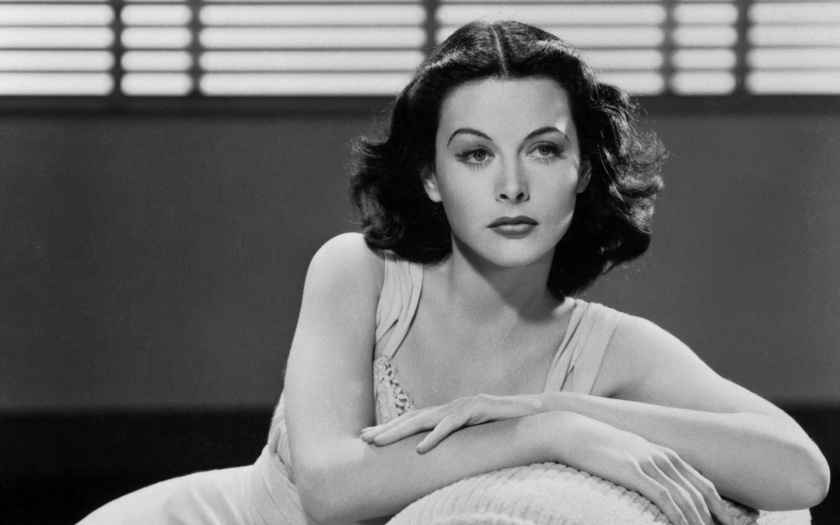 Hedy Lamarr was many things, not the least of them a Hollywood star and actress known more for her beauty than her undoubted talent. But she was also just this side of a genius, a talented inventor who created (among other things) the basis of the technology employed in cell phones, Bluetooth, military and satellite communications, and Wifi signals. Without Lamarr, our world today would be very different, yet she never made a dollar off of her invention. Instead she was often treated as a sort of campy secondary player, a Hollywood star fallen low in the wake of drugs and bad marriages, finally living out her life in voluntary exile as she grew sensitive about her age and appearance.

Alexandra Dean’s Bombshell: The Hedy Lamarr Story attempts to throw light on Lamarr’s contributions to science, as well as the inherent injustice of a studio and a media system that insisted on valuing her only for her beauty and never for her mind. She was also condemned for that beauty—the film discusses the history of Lamarr’s first major film, the Austrian production Ecstasy, in which a teenaged Lamarr appeared nude and simulated an orgasm. The film would haunt Lamarr’s career, condemning her to be treated (and remembered) as a man-trap, the whore in the virgin/whore dichotomy that was so popular in Hollywood of that time (and still is). Entrapped by a face that was deemed too attractive to be taken seriously by the men who surrounded her, Lamarr struggled for even the smallest bit of recognition for being something more.

Bombshell traces Lamarr’s life from her childhood in Vienna, her first marriage and subsequent escape from Austria, to her arrival in Hollywood, her participation in the war effort, and finally her self-imposed exile from friends and family until her death in 2000. Much attention is given to Lamarr’s invention, a “frequency hopping system” developed during the Second World War that would have enabled radio-controlled torpedoes to avoid being jammed by enemy radio frequencies. With the help of the composer George Antheil, whose knowledge of player pianos helped the pair to design a mechanically workable system, Lamarr patented her invention, only for it to be rejected by the Navy. She was also denied a place on the National Inventors Council, instead told to use her Hollywood stardom to go out and raise money for war bonds. The patent would remain on the shelf until 1962, when a version of it was finally used on Navy ships. Lamarr and Antheil didn’t receive credit for it, or any of the money attached to it, though it forms the basis of much of the technology used by the public and the military today.

The denial of Lamarr’s intellectual and creative abilities is a theme that runs through Bombshell—she married men who were jealous of her, treating her more or less as a trophy wife. Hollywood used her in much the same way, exploiting her beauty and her vague Otherness while giving her little room to flex her creative or intellectual muscles. And this evidently had a long-term effect on how Lamarr valued herself and her own mind. The film paints a picture of a woman denied much intellectual recognition or outlet by society at large, loved for her beauty while dismissed for everything else. She was a bombshell, and bombshells were not expected to be able to think.

Bombshell makes extensive use of talking head interviews with Lamarr’s children and friends, including TCM host Robert Osborne and actress Diane Kruger. A 1997 interview with Lamarr, conducted by a Forbes reporter, forms the basis of much of Lamarr’s own story, thankfully allowing the actress a chance to speak on her own behalf. But Bombshell focuses too often on Lamarr’s personal problems than on her intellectual abilities, switching tack to talk about her addiction to methamphetamines and her many failed marriages. This becomes a sordid foray into the actress’s past that, while well-intentioned, becomes slightly uncomfortable. Not much is made of Lamarr’s other inventions, including an improved traffic light, despite the film reiterating that she was constantly at work on something in her home laboratory.

One has the sense that there is far more to Lamarr even than what Bombshell wants to present. The film might have done better to focus more on her abilities, both acting and inventing, than on the sad permutations of her personal life. This was a woman who wanted to be remembered for what she accomplished, and yet the film continues to delve into things that she obviously would have preferred not to discuss. There is a sense of sordidness at the edges that somewhat undermines the film’s project to bring Lamarr’s talent and inventive intelligence to light. It is the trap into which many biographical documentaries fall, sadder here because Lamarr literally withdrew from public life in an effort to avoid such scrutiny.

But Bombshell: The Hedy Lamarr Story does so much good for its subject, despite the occasional forays into the lurid. Lamarr received scientific recognition for her invention in 1997, but it is only recently that the public has been made aware of just how much she contributed. Bombshell gives a window into a woman’s life, an accomplished woman, a brilliant woman, a woman who should have been given more respect, more understanding, and more love for what she was and not what people fantasized her to be. It’s hard not to think of other actresses who suffered a similar fate to Lamarr, valued only for their bodies, their glamour, and then made into campy caricatures of their former selves. Thankfully, Hedy Lamarr is no longer a punchline.

Bombshell: The Hedy Lamarr Story is currently at the Tribeca Film Festival, and will show on PBS’s American Masters.