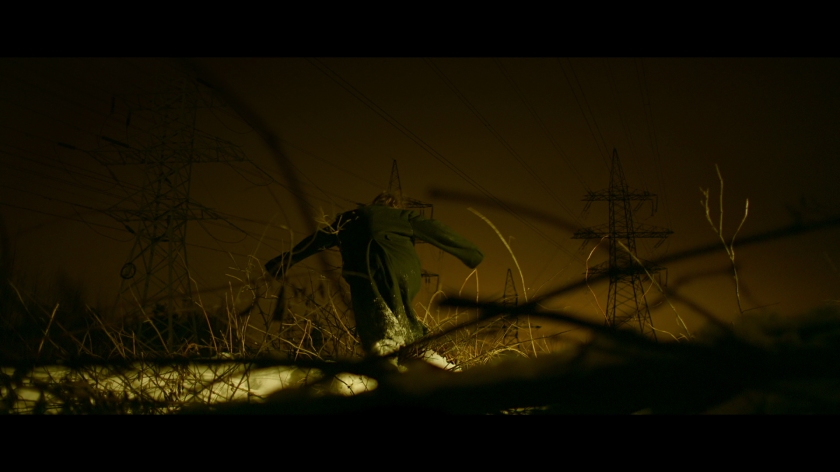 It’s that time of year again – time for a reminder that women are still pushing the boundaries of horror filmmaking. The Final Girls Berlin Film Festival, which began yesterday, provides a showcase for both shorts and features, directed (and often written by) talented female filmmakers. If you ever wondered about my constant assertion that women are the future of horror, then check out some of these films and be educated.

First up for me is Black Coat, part of the festival’s “Mind Games” shorts block. Directed by Tatiana Vyshegorodseva, the film wends through a nightmarish fantasy as a young woman awakens by the side of the road, with no memory of who she is or why she’s wearing someone else’s black coat. Picked up by two strangers who insist on being paid for the lift, she finds herself plunged into a circuitous nightmare.

The film aspires to a fascinating if somewhat obscure kind of surrealism, weaving a dark narrative that only clarifies within the last few minutes. It’s visually reminiscent of the sparseness of Ducournau’s Raw, though in this case it’s decaying architecture and evocations of homelessness that drive the horror. Pursued by terrors, the protagonist has to find a way out of the nightmare’s spiral, repeating events and actions until she can finally open her eyes. There are some shorts that feel like they’re templates for features, but Black Coat functions best as a short, a quick, sharp piece of terror that confounds and finally resolves. While I almost hoped for clearer elucidation of the film’s imagery, the more I think about it, the more I’m convinced that any further exposition would have damaged the film’s final moments. It’s a short story (literally based on one), reliant on visual language, and can only be resolved through visuals. An example, in other words, of pure (horror) cinema.

Black Coat shows as a part of the “Mind Games” block on February 2.