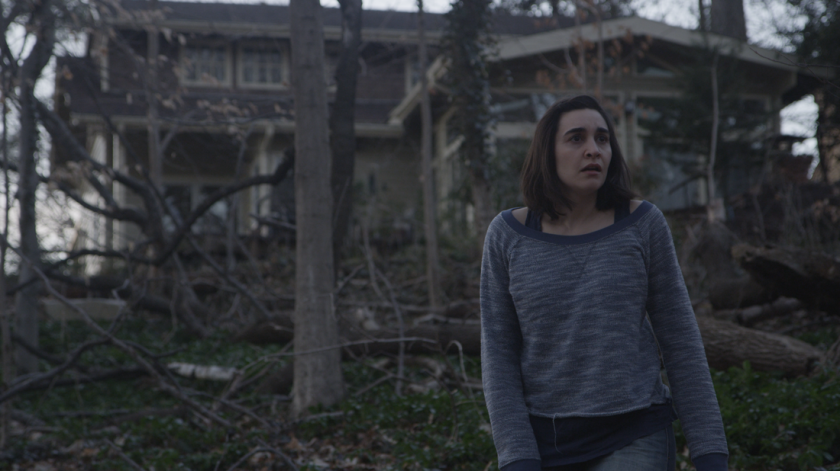 The terrors of motherhood are ripe for horror films, but female directors have only just recently taken possession of them. While films like Rosemary’s Baby and The Brood seek to cast the experience of pregnant women and mothers as sources of the abject and terrifying, it’s only recently that those experiences have been truly focalized through female characters, from a female perspective. We can add Shoshana Rosenbaum’s short Goblin Baby to the list of freaky motherhood movies that finally – FINALLY – take things from a female perspective.

Goblin Baby tells the story of Claire (Oriana Oppice), a new mother pushed to her limits when her husband Jamie (Joe Brack) leaves for a few days and their son Charlie will not stop crying. After leaving Charlie alone for a few minutes, she returns to find the baby curiously calm. She soon becomes convinced that Charlie isn’t Charlie at all, but a goblin changeling exchanged for her real baby.

Goblin Baby is a tense, sharply edited film, packed tight with meaning in its fifteen minute run time. Claire runs the gamut of emotions–exhausted by her crying baby, angry at her detached husband and mother-in-law, and despairing and paranoid at the apparent shift in her son’s demeanor. The film walks the line between the supernatural and the psychological – are Claire’s fears to be taken seriously, or is her exhaustion and possible postpartum depression to blame as she begins to see shadowy figures running through the woods? Just how the film will resolve the conflicts is uncertain, and so the tension rises with each passing frame as we delve deeper into Claire’s psyche.

There’s so much to be enjoyed with Goblin Baby that I was quite sad when the film ended – I wanted more of what Rosenbaum has to offer. Would it be too much to hope that she might someday expand Goblin Baby to a full length feature? Man, I really hope so.