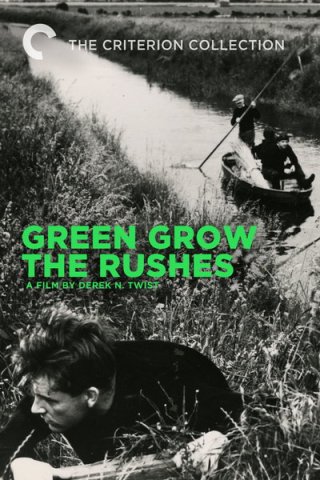 Green Grow The Rushes (1951) represents an odd little subgenre of post-war British filmmaking that does not really have an American equivalent of which I am aware. I’m not certain what to call it (although perhaps someone has already coined a term), but it was a specialty of studios such as Ealing. It usually involves the coming together of a British country community – either a village, a town, or a county – in a bid to maintain their independence and resist the oncoming tide of modernization and government control. In films like The Titfield Thunderbolt and Passport to Pimlico, these communities are faced with incorporation and by extension an assault on their solidarity and their uniqueness. It’s an interesting subgenre because it combines that British spirit of community with some not very subtle Socialist undertones, all wrapped up in the charm and quirkiness of the English countryside.

Green Grow The Rushes is just such a film. The coastal community of Anderida Marsh is “invaded” by three government inspectors from the Ministry of Agriculture, out to discover why the area’s open farmland is not being cultivated (and where, exactly, the inhabitants are making their money). Anderida claims that it is independent from the rest of England due to an ancient charter granted them by Henry III. Their resistance to government interference is further complicated by the fact that the community largely makes its money from smuggling liquor in and hiding it in the marshes, something which they don’t want the officials to discover.

At the head of the smugglers is the odd and wholly amusing Captain Biddle (Roger Livesey), and his compatriot Robert (a very young Richard Burton). When an attractive newspaperwoman Meg Cuffley (Honor Blackman) discovers what the smugglers are up to, she wants a piece of the story and the action (not to mention a piece of Robert). Meanwhile, the smugglers and those in the town aware of their shenanigans must continue to cover up their activities from the government inspectors. It’s a somewhat complicated set-up, and it gets even more complicated when Biddle’s boat runs ashore during a storm, stranding the crew (and the liquor) in a duck pond belonging to Bainbridge (Russell Waters), a farmer with strong resistance to anyone trespassing on his land. Faced with threats from the inspectors, the coast guard, and the local officials, the smugglers have to find a way to get the liquor off the boat before they’re boarded and their contraband discovered.

While Green Grow The Rushes will receive no awards, it is one of the more enjoyable little films from a time period that produced its share of enjoyable films. This is in no small measure the responsibility of the cast, a veritable who’s who of British leads and character actors. Livesey is the delightful and acerbic lead, dispensing homespun wisdom to his friend Robert about women (“lily whites”) and how to keep out of trouble with them. Not that Biddle took his own advice, entangling himself with a charming lass who ran off on him and married another (without actually divorcing him). 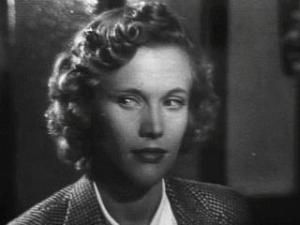 Richard Burton, meanwhile, does not get a great deal to do with his leading man part, but he fulfills the role admirably and with great charm. The same must go for Honor Blackman, in full English Rose mode, who nonetheless shows signs of the total disregard for social and gender roles that will make her so very effective in her later career. Both lift what could otherwise be a dull romantic subplot to a charming, if airy, love story. It’s always a pleasure to see good actors working together, even more so when they are so very young.

But it is really the English country community that makes this film so endearing. The film is full of little touches: the petty bureaucratic wars between various government officials, the coy flirtation of Robert and Meg, Captain Biddle’s plot to dislodge his ship. As Anderida Marsh joins together to celebrate their charter day – complete with a reenactment of Henry III signing the charter to grant them basic independence – a screwball comedy of bureaucracy and drunkenness ensues. All in all, Green Grow The Rushes is wholly enjoyable, from start to finish.

You can watch Green Grow The Rushes on Hulu+ or for free on YouTube.