Last Night: THE CABIN IN THE WOODS 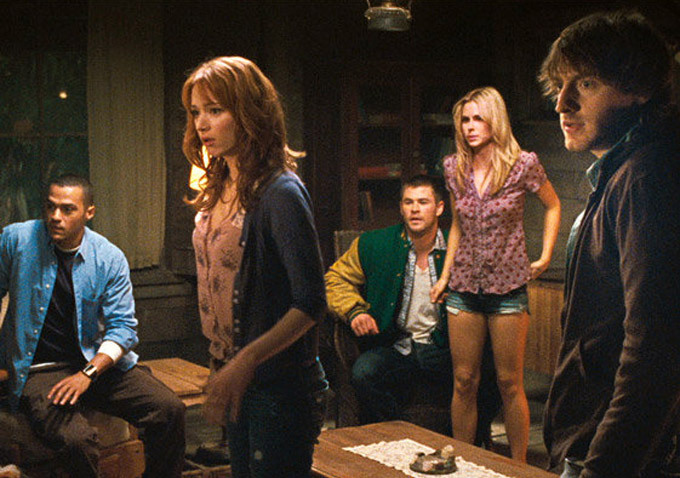 It’s taken me this long to finally see the Joss Whedon penned The Cabin in the Woods.  Oh, how I wish I had not waited.  It’s … epic.  Somewhere in the vein of Tucker and Dale vs. Evil with a smattering of Scream.  Then again, it really does stand in its own category.  Five college kids go to a cabin in the woods and everything begins to go horribly, hilariously wrong.

My one objection is that it is not really scary.  It’s funny, it’s dark, it’s provoking, but there are few scares, mostly because we know at least part of what’s going on from the very beginning.  It helps if you have a working knowledge of quite a few horror franchises, are apprised of the rules of slasher films, and can recognize certain tropes without having them handed to you.  But there’s so little that can be said about The Cabin in the Woods without giving the game away, so I’ll just say that it’s well worth a watch.  And you don’t even have to keep the lights on.