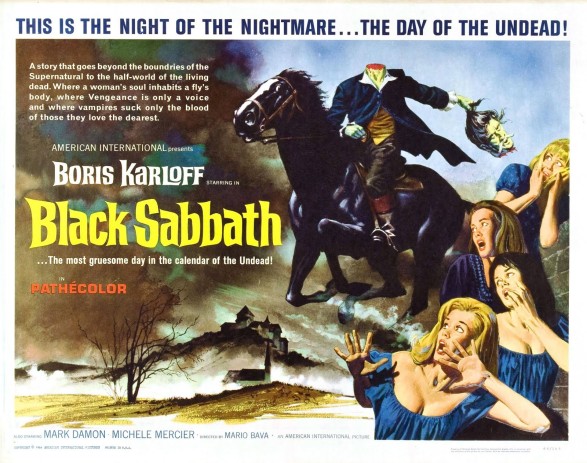 Mario Bava, where have you been all my life? The Italian horror maestro really is just worming his way into my heart, especially after Black Sabbath, his 1963 horror anthology film. When you put Boris Karloff, vampires, and floating corpses in the same film, you’re guaranteed to get my attention.

Black Sabbath comprises three stories of about a half hour each, making up three different subgenres of horror. The first is “The Telephone,” about a young woman who keeps receiving threatening phone calls from a stalker late one night. The second, starring Karloff, is “The Wurdulak,” a vampire story about Gurca (Karloff), the patriarch of a family who has successfully killed a vampire that’s been terrorizing the countryside, only to become a victim of the creature himself. Finally, “The Drop of Water” is a ghost story about a woman who steals a ring from a corpse and is subsequently haunted in the weirdest and creepiest way.

All three stories take fairly standard horror narratives and give them a creepy spin. “The Wurdulak” in particular introduces some interesting elements to the vampire story, with the vampire longing for the blood of those he loved the most during life. Unfortunately, it’s also the dullest of the three episodes, drawing out the narrative to an unnatural length and introducing a mild love story into the mix that fails to summon any heat. “The Telephone” is a precursor to what would become the more prevalent giallo style – deeply stylized with perverse psycho-sexual undertones, it’s a delicious little aperitif before the meat of the other two episodes.

But the best of the three is undoubtedly “The Drop of Water,” a tight, intense piece of horror filmmaking that makes the most out of its short runtime. It’s actually quite a scary episode, showcasing a grotesque narrative quite similar to Corman’s Poe adaptations. And while the conclusion is extreme – even a bit silly by today’s standards – most of the episode is remarkably subdued, relying more on pulsing lights and eerie noises than on cheap jump scares. It’s an excellent piece of horror filmmaking, and could stand on its own as a short without the support of the other two.

Black Sabbath has forced me to appreciate Bava’s work, and to actively seek out more of it. And I’m a bit excited to indulge in the oeuvre of a new director.

Black Sabbath is available to stream via Shudder. 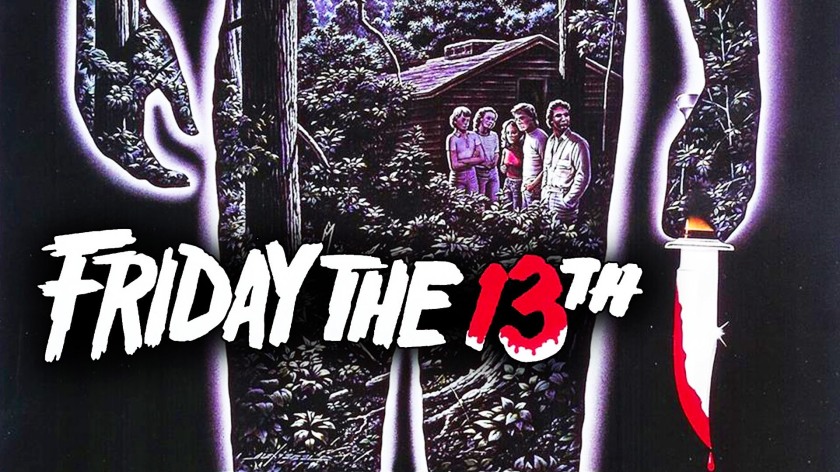 October may be over, but my reviews of horror films are not! Next up is one of the seminal slasher films of the 1980s: Friday the 13th, the movie that introduced the world to Camp Crystal Lake and Jason Voorhees (kinda). Along with its fellow creep-outs Halloween and Nightmare on Elm Street, Friday the 13th (and its sequels) are responsible for setting the standard of slashers.

Friday the 13th opens with the murder of two camp counselors at Camp Crystal Lake, in 1958. Shot from the POV of the killer, the two counselors get caught in flagrante, naturally resulting in their bloody deaths. Fast forward many years and Camp Crystal Lake is about to be re-opened for the summer, with a whole new crop of nubile young people to violently slaughter. The group of counselors show up to help get the camp into shape – despite the dire warnings from townsfolk of a horrible curse – and bodies begin to pile up, as the shadowy killer dispatches our young heroes one by one.

The problem with Friday the 13th is that it’s just not a very good slasher film. The set-up itself is strong enough, and the murders appropriately gruesome. But the characters are too sparsely drawn to be interesting – they’re interchangeable faces that could be ranked by degrees of annoyance. The Final Girl (whose role you can guess pretty quickly) is laughably inept at escaping once the killer’s identity has been revealed.

While mulling over why the murders just didn’t up the tension at all, I came to realize that none of them are discovered until the last ten or fifteen minutes of the film. The surviving counselors don’t know they’re in danger at all, and so calmly wander around in the rain and the dark, unaware of an insane killer lurking in the shadows. And because no one else in the film is scared, the audience has no reason to be scared. We know that pretty much everyone is going to die; it’s just a question of how.

The same goes for the killer, whose backstory is never even touched on until an extensive exposition scene nearing the end. The local legend about the camp being cursed is introduced and then rapidly discarded, with nothing to flesh it out. While killers like Freddy Krueger and Michael Myers have fairly intricate backstories that draw out their monstrosity and give it life, the killer of Friday the 13th has no mystique at all. (And there’s little doubt that both Nightmare on Elm Street and Halloween were directed by very talented horror maestros, while Friday the 13th…wasn’t).

I’ve been informed that the better Friday the 13th sequels wind up outweighing the original, but I admit I don’t much care. I’ve got this film under my belt, and I’m OK with letting it rest at that.